You are here: Home / About us / Iván J. Pérez Colado

Iván José Pérez Colado received a Bachelor in Software Engineering for the Complutense University of Madrid in 2014. Two years later, he completed the Master in Computer Science, also at the UCM. As his Master Thesis was uAdventure, a new implementation of eAdventure in Unity 3D, Dr. Baltasar Fernández Manjón offered Iván the chance to continue the development of uAdventure being a researcher of the eUCM Group. He also started his PhD in Computer Science that same year. Six months after that, Iván became part of the H2020 Beaconing Project.

His research interests include educational videogames and the authoring tools used to create them. Due to his work in Beaconing, the study of Learning Analytics techniques and standards is one of his main research areas. 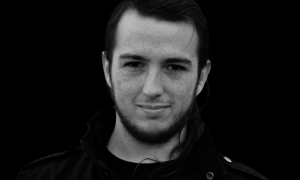